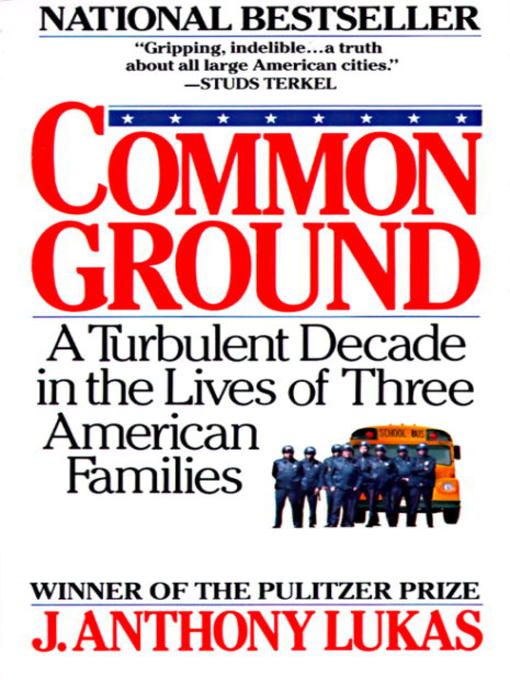 Winner of the Pulitzer Prize, the National Book Critics Circle Award, the Robert F. Kennedy Book Award, and the American Book Award, the bestselling Common Ground is much more than the story of the...

Winner of the Pulitzer Prize, the National Book Critics Circle Award, the Robert F. Kennedy Book Award, and the American Book Award, the bestselling Common Ground is much more than the story of the... 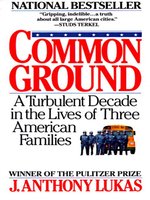 Common Ground
A Turbulent Decade in the Lives of Three American Families
J. Anthony Lukas
Privacy Policy
Thank you for your recommendation

Common Ground
A Turbulent Decade in the Lives of Three American Families
J. Anthony Lukas
A portion of your purchase goes to support your digital library.