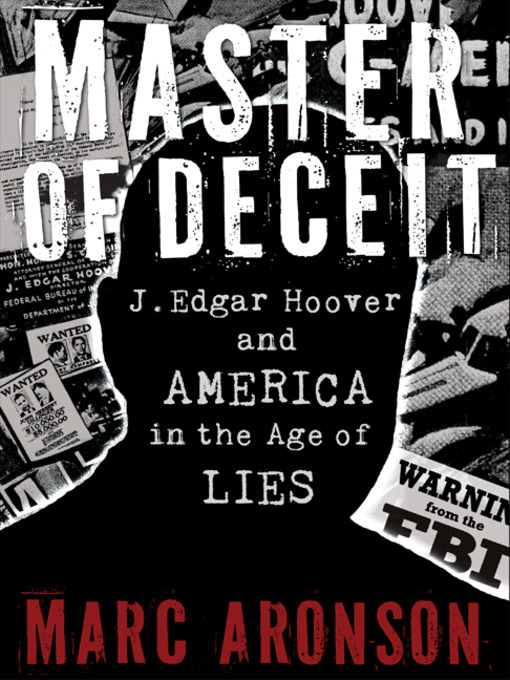 Sample
Master of Deceit
J. Edgar Hoover and America in the Age of Lies

A fascinating and timely biography of J. Edgar Hoover from a Sibert Medalist."King, there is only one thing left for you to do. You know what it is. . . . You better take it before your filthy,...

A fascinating and timely biography of J. Edgar Hoover from a Sibert Medalist."King, there is only one thing left for you to do. You know what it is. . . . You better take it before your filthy,... 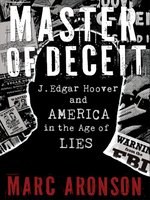 Master of Deceit
J. Edgar Hoover and America in the Age of Lies
Marc Aronson
Privacy Policy
Thank you for your recommendation

Master of Deceit
J. Edgar Hoover and America in the Age of Lies
Marc Aronson

Master of Deceit
J. Edgar Hoover and America in the Age of Lies
Marc Aronson
A portion of your purchase goes to support your digital library.